Winemaking, it turns out, runs in the Storm family.

“He started making wine in South Africa even before I did,” says Ernst Storm of his older brother, Hannes.  “We then worked together, before I came to experience harvest here in Santa Barbara.”


At 35, and less than a decade after his move across the hemispheres, Ernst has already become one of the rising stars in the Santa Barbara wine scene.

He launched his boutique label, Storm Wines, in 2006 with a straightforward idea: to produce balanced, site-specific wines.  Today, he produces 2000 cases annually of pinot noir and sauvignon blanc that are highly reviewed and highly sought-after.  He worked as assistant winemaker at Curtis Winery for many years and launched Notary Public, a joint effort with sommelier and former Les Marchands co-owner Eric Railsback, last year.

All the while, Hannes, 38, honed his own viticultural skills some 10,000 miles away, making wines for 13 vintages for Hamilton Russell, one of South Africa’s premier producers.  He went solo and launched Storm Wines South Africa three years ago, and production has grown to 800 annual cases since.  Hannes’ inaugural pinot noirs are elegant, terroir-driven wines from South Africa’s celebrated Hemel-en-Aarde Valley. 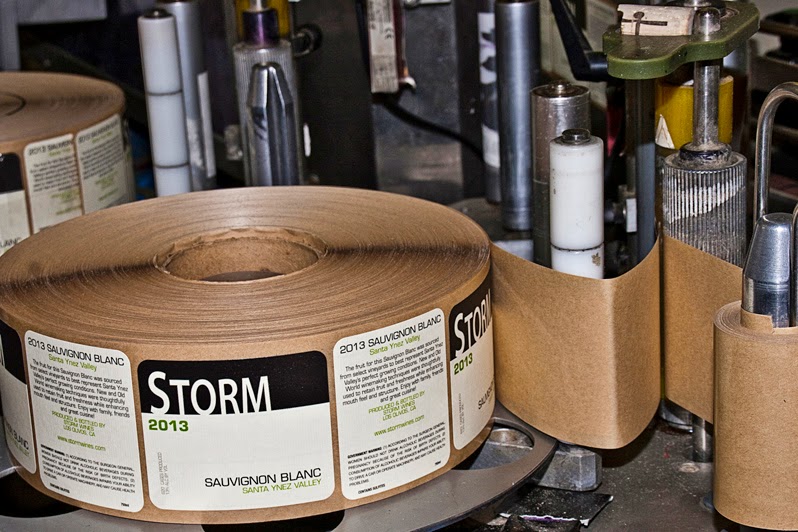 Two brothers, two continents, but “a very similar philosophy,” Ernst tells me during a recent conversation.  “We are both out to make wines with personalities that really showcase the place where they’re from."

Ernst figures the winemaking seed was actually planted in both brothers when they were young, in their native South Africa.  More than 15 years separated the Storm boys from their two older sisters, and when one of them married a farmer, “we would spend all our holidays on the farm.  It was all about being outside, being in nature, and finding ways to be creative.” 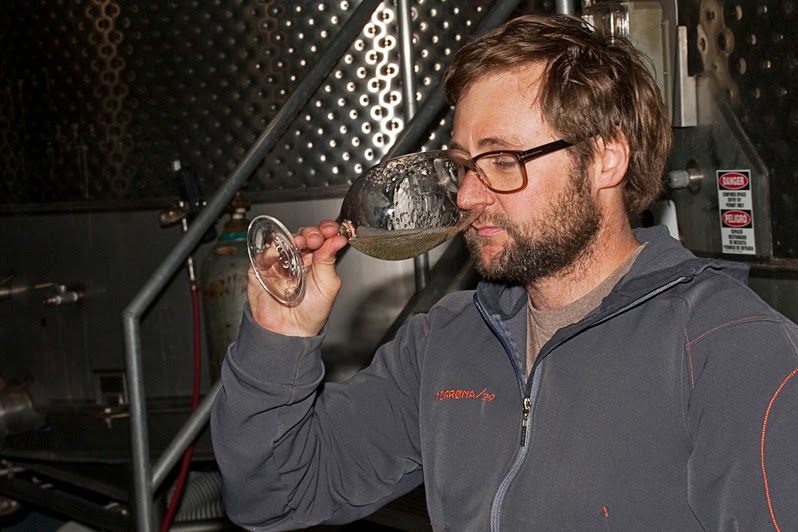 The public will get two rare chances next week to try wines from both Storm brothers side by side.  On Wednesday, March 5th at 6pm, they join the culinary team at LesMarchands Wine Bar & Merchant, in downtown Santa Barbara’s Funk Zone, for a food-and-wine pairing event.  Taste wines for $30 and add $17 to pair with Chef Weston Richards’ Bobotie (a meat pie influenced by South Africa’s early Dutch and Malaysian settles).  First come, first served.  Call 805-284-0380.

On Thursday, March 6th, the Storm boys will take over the dining room at the AAA 4-Diamond Ballard Inn on Thursday, March 6th at 6pm.  A sauvignon blanc and two pinots from Ernst, as well as two pinot noirs and a late harvest dessert wine from Hannes, will match a six-course meal prepared by owner/chef Budi Kazali.  Ernst brainstormed with Chef Kazali for three hours recently to explore pairings.  The menu is being finalized but is sure to feature at least a few South African-inspired ingredients, Ernst tells me, and, in true Kazali style, totally fresh and in-season Santa Barbara County ingredients.  Seating, priced at $125, is extremely limited.  Call 800-638-2466.

by Gabe Saglie, Senior Editor, Travelzoo
published in the Santa Barbara News-Press on 2/12/15

When the Bubble Shack opens its doors to the public this weekend, Santa Barbara's Parker family will officially enter the bubbles business.

“The goal will be to make sparkling wine fun and approachable,” says Ashley Parker Snider, “and I think it’ll be a nice addition to the tasting rooms in downtown Los Olivos.”

This joint effort by Mrs. Parker Snider and her brother, Eli Parker, is the latest addition to a diverse and popular portfolio of wines that was launched by their father, actor and developer Fess Parker, in the mid-1980s.  The Bubble Shack will offer the public the chance to taste and buy three brand new sparkling wines.  The Fesstivity label, a playful homage to the late Mr. Parker, features an all-pinot noir Brut Rosé ($40) and an all-chardonnay Blanc de Blancs ($37), both from the 2013 vintage.  The Sibling Bubblery ($37), a tongue-and-cheek reference to this brother-and-sister project, is a 2012 sparking grenache.

While the still wine base for all three sparklers was crafted by Fess Parker Winery’s head winemaker, Blair Fox, these bubblies were finished at a sparkling wine house in Napa.  Starting next year, the Parkers plan on moving the entire production, which requires a bevy of specialty equipment, in-house.  Production on each is small, ranging from about 110 to 140 cases a year.

Sparkling wine is not a new phenomenon in Santa Barbara County, although, for years, production was mostly sporadic.  The late Chris Whitcraft, for example, released the first of his three bubblies back in 1982 and the Parkers, themselves, launched a celebratory sparkler at the turn of the millennium.  But in the last decade, beginning with winemaker Norm Yost’s popular Goat Bubbles release in 2005, a growing number of local wineries have committed to yearly sparkling wine releases.  Today, more than 30 Santa Barbara producers dabble in bubbles.

Mrs. Parker Snider says the rise in local bubbly production mirrors “the rise in stature of the Sta. Rita Hills AVA,” the federally designated growing area near Lompoc where a cool, marine-kissed climate allows pinot noir and chardonnay, Champagne’s main ingredients, to ripen at high acids and low sugars.  “The fruit from this region is incredible,” she says, “and are so well suited for sparkling wines.”  The Parkers’ inaugural bubbles were sourced, in part, from Las Hermanas Vineyard, which was known as Ashley’s Vineyard, after Mrs. Parker Snider, before the family sold it in 2005.  The Parkers retain access to the same block of grapevines that was part of their program for years, though, “so the continuity of fruit remains,” Mrs. Parker Snider says.

Starting this Saturday, February 14th, the public will be able to taste Fesstivity and Sibling Bubblery at the new Bubble Shack, at 2974 Grand Avenue.  It’s located adjacent to the Parkers’ Epiphany tasting room, in a quaint complex that Fess Parker warmly referred to as World Headquarters.  The shabby chic space features an airy garden cottage feel complete with tin roof and white-washed beams, as well as vintage furniture acquired through celebrated Northern California antique purveyor, Atelier de Campagne.  It was designed by Shan Hinton, the English-born wife of actor Darby Hinton, who starred alongside Fess Parker in the widely popular 1960s TV series, Daniel Boone.

The wines will also be featured at a launch event at the Santa Barbara Wine Collective, in downtown Santa Barbara’s Funk Zone, on February 19th.

by Gabe Saglie, Senior Editor, Travelzoo
published in the Santa Barbara News-Press on 1/29/15

For a village dating all the way back to the 1880s, Los Olivos remains a bastion for classic country living – quaint, friendly and unrushed.  But as a modern-day culinary revolution sweeps across the Santa Ynez Valley, the business leaders in this town of 1000 residents are ready to polish off its image.  Enter Wine Fest Los Olivos.

On the calendar for February 28th, this inaugural fete aims to be Los Olivos’ annual wine event of record.  With dozens of merchants set to participate, the focus will be on winemaker interactions, gourmet pairings and unique shopping experiences.  There will be giveaways, and a hands-on seminar on world-famous Riedel glassware will add a special educational element.

Set amidst a bevy of destination towns aiming to leverage Santa Barbara’s recent rise as a bona fide culinary destination, it’s hard to ignore Los Olivos’ own remarkable growth.  Today, more than 50 tasting rooms have a Los Olivos address.  Most of them, about 35, are in the heart of town – a stone’s throw from the landmark flagpole at the corner of Grand and Alamo Pintado Avenues.  The rest are set amidst sprawling vineyards and elegant estates nearby.

“So just in sheer numbers, we are not only the leading wine town in the Valley but in the entire county,” says Beate Halligan, executive director for the Los Olivos Business Organization, or LOBO, which is spearheading Wine Fest Los Olivos.  That’s what’s helped lift international visitor numbers significantly in just the last couple of years, she adds.

But as local residents and even local media and trade have focused heavily on this lovely town’s recent wine-centric explosion, perhaps we’ve overlooked something important: that this historic enclave remains a haven for approachable quality.  Yes, some of our area’s finest wines live here – labels like Daniel Gehrs, Alta Maria, Epiphany, Tercero, Qupe, Consilience, Longoria and Carhartt.  But the food, from Mattei’s Tavern to the Los Olivos Café, and the shopping, from Wendy Foster to the Los Olivos General Store, remain world class.

True, the infrastructure in Los Olivos still needs to play catch-up in various ways.  And true, the tug-of-war between the push to keep it rustic and the push to make it fresh will continue.  But what Wine Fest Los Olivos has the potential to do is to refocus attention, reinvigorate interest and remind consumers that this place is one-of-a-kind. 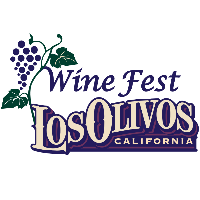 On February 28th, from 11am to 5pm, the township’s businesses will welcome visitors with complimentary wine and food samplings; strategically located hospitality lounges will help them find their way.

For $65 (or $75 day-of), guests can also go on a Mystery Tour of Los Olivos’ merchants, with retailers offering exclusive pairings, special winemaker interactions and special drawings for a variety of awards.  At each prize drawing, prizes will include mystery keys that, at the end of the day, could open the door to the grand prize: an overnight stay at the Fess Parker Wine Country Inn (easily one of the top five places to stay in Santa Barbara County, in this writer’s humble opinion) and dinner for two at Sides Hardware – a brothers restaurant.

Consumers can also attend an educational seminar on Riedel glassware.  The company is world-renown for expertly crafting its glasses to extract a specific wine’s every nuance, and tasting is believing.  Tickets to this event, to be held at the Grange Hall, are $55 ($65 day-of) and participants go home with their own set of Riedel Veritas Stemware (a $138 value).