Turiya Wines’ Angela Soleno has a very intimate relationship with the wines she makes. 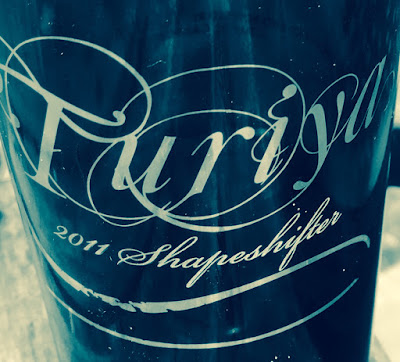 “Just look at the dark color she shows off,” she says of her 2011 Shapeshifter ($100), a sophisticated petit verdot-based blend.  “Who is she? Who cares – you’re in love,” she continues.  “But be careful with this crafty one: things are not always what they seem.”

The Shapeshifter name was actually inspired by a girl Soleno once knew – a young woman who was friendly enough when the evening was young but, fueled by several glasses of wine, would be devastatingly different when night fell.  A glimpse, if you will, into this winemaker’s personal side.  As a wine, the newly-released Shapeshifter is deliciously layered and profound, with bouncy fruit up front and a fleshy backbone on the back end.  “But it’s a little higher in alcohol, so I make no guarantees,” she jests. 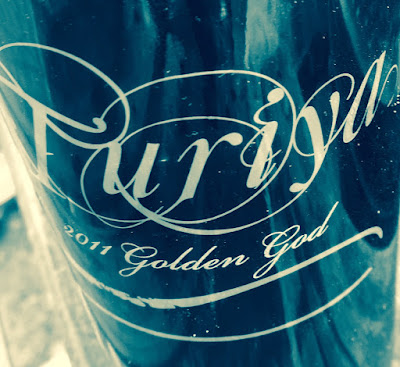 Her 2011 Golden God ($125) is an homage to one of her favorite films, “Almost Famous.”  In one scene, a strung-out rocker uses the phrase to describe himself while shouting from a rooftop.  “It symbolizes all my dreams coming true, and just feeling good,” she tells me.  This 50-50 blend of petit verdot and sangiovese is powerful and voluptuous, a tasty balancing act between muscle and finesse.  “Who says God’s not a girl?” she says to describe this wine.  “This gentle beauty is a symbol of female strength – the darker undersides of the earth, perhaps where a volcano once erupted.”

Turiya, the Sanskrit word for “pure consciousness,” is the ultimate example of garagiste winemaking.  Soleno produces just 200 cases a year in her Lompoc winery.  And that’s only if the vintage permits; Soleno made no wine in 2010 because humidity prevented the late-hanging Bordeaux rapes she likes to work with to ripen all the way.

“My approach is really minimal intervention, letting the fruit decide when it’s ready to be picked, cold soaking, letting it ferment, putting it in barrel and just tasting it over time,” she says.  “My wines end up being the best representation of what’s going on in vineyard and of what’s not going on in the winery.”

Pretty deep for a young winemaker – Soleno is 36 – who released her first wines just three years ago.  But Turiya is clearly an inspired project, an endeavor driven by both intuition and knack.  And by patience: the 2011 wines spent 44 months in barrel and 6 months in bottle before they were released.  “I want to deliver wines that already have some age, that have already developed those layers and that finish,” she says.

The result?  Wines that are consistently complex, robust and multi-dimensional.

The 2011 vintage marks Turiya’s third vintage.  And a tiny annual production of just 100 to 200 cases – for 2011, 43 cases of the Shapeshifter, 23 cases of the Golden God, 23 cases of an all-Petit Verdot ($85) from Paso Robles’ Solana Vineyard and 26 cases of an all-Sangiovese ($150) from Ballard Canyon’s Stolpman Vineyard – means the wines are available only in limited quantities and only through an allocation list.

The public gets a rare chance this weekend, though, to taste the 2011 releases, as well as barrel samples from subsequent vintages.  The annual Turiya Open House, free to the public, takes place this Saturday, March 26th, from 11am to 5pm, at 316 N. F Street in Lompoc.  Appetizers, and live music from Ventura-based Alas Latinas, included.  Call 805-478-7016 for more information.