When Larry Schaffer launched his Tercero wine label a decade ago, he hung his hat on Rhone wines.  He was on the Fess Parker winemaking team back then, and the focus there on wines like syrah was clearly an inspiration.  But what sealed the deal for Schaffer was potential.

“I was attracted to how diverse Rhone wines are – how diverse they show themselves to be when given the opportunity,” he told me this week.  “These wines express themselves so distinctly and differently.”

Schaffer will be showcasing the expressive spectrum of Rhone wines next Monday, when the Santa Barbara chapter of the Rhone Rangers pours for the public.  The event will feature wines from Andrew Murray Vineyards, Qupe, Zaca Mesa, Beckmen and Fess Parker Winery, among others.  Tickets to the event, which runs 4:30-6:30pm at the Funk Zone’s Santa Barbara Wine Collective (131 Anacapa Street), are just $25.

“It’s a chance to get up close and personal with winemakers,” Schaffer says.  But it’s also about consumer education.  Fact is, consumers “are not that familiar with Rhone wines,” according to Schaffer.  And outreach efforts by a small group of Santa Barbara Rhone Rangers (with a membership of about a dozen wineries) is often drowned out by a powerhouse marketing machine in neighboring Paso Robles and by a heavily invested push by Burgundian endeavors (that’s pinot noir and chardonnay) in nearby Sta. Rita Hills.

“I applaud what those guys have done,” Schaffer says.

The challenge has led to a national non-profit Rhone Rangers alliance and a handful of sub-chapters (like Santa Barbara) that, for several years, have taken on promoting the grapes native to France’s Rhone region.    Some of the 22 grapes under the group’s promotional umbrella are pretty familiar: reds like syrah and grenache and whites like viognier.  Others – like vaccarese, muscardin, bourboulenc, picardin and ugni blanc – are not.

But what all these grape varieties have in common should appeal to consumers on multiple levels, Schaffer says.  They’re great matches for food, for one, thanks to tempered alcohols and varied textures.  And they’re a solid buy, too.  “You can find a really good bottle of syrah for under $30, but you’re hard-pressed at that price to find an equally great pinot,” Schaffer says.  As Santa Barbara pinot’s price points continue to climb over the next few years, as many in the industry predict, the value of Rhones will only grow. 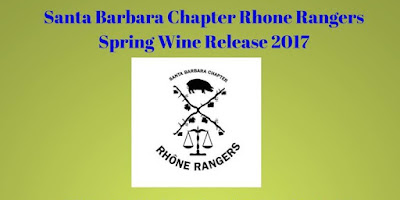 And then there’s the appeal that can attract consumers the way it lures winemakers: the potential in the bottle.  Unlike other families of wine grapes, Rhone varieties can be resilient, expressing different flavors and aromas based on where they grow.  And while they can deliver solidly good wines when they’re bottled on their own, they’re wonderful blending agents, too, often elevating the imbibing experience simply by cohabitating.

It’s enough to keep Schaffer infatuated – his word.  “I’ll never get bored working with Rhone wines,” he says.  It’s also enough to make consumer education a priority.  And tasting is lesson one.

For more information on Tercero and its Los Olivos tasting room, check out tercerowines.com.