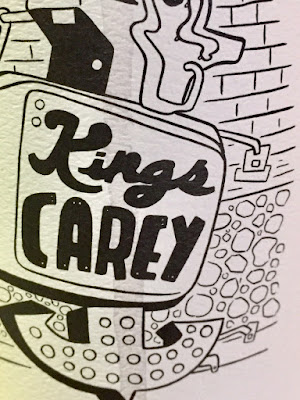 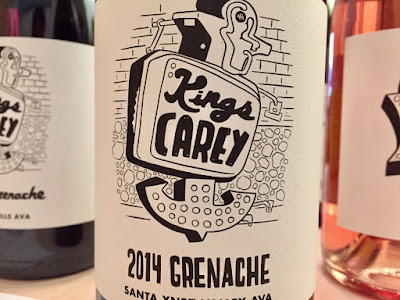 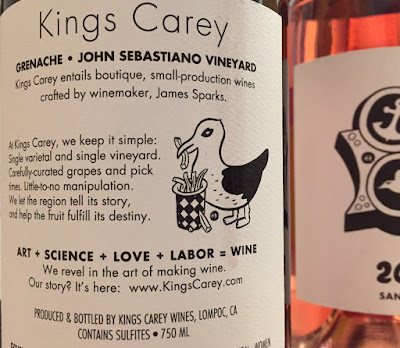 No matter what it says on the label, though, these wines are awesome, although distinct. The 2015 Grenache ($29), harvested a bit earlier in the season, is more youthful, with tangy red berries on the nose and bouncy mouth feel. A lunch red, if you will, or a red you can easily sip as the sun goes down on a warm summer’s day. My favorite, the 2014 Grenache ($29), was picked a bit later and exhibits more depth – more earthy – with red currants, oak, white pepper and even a dab of cocoa, and a luscious finish. More of an evening meal wine, perhaps. Both grenache wines are about 13.5% alcohol and are drinkable now, though they exhibit wonderful aging potential, too.
Another standout element here? The Kings Carey labels, which feature black-and-white illustrations by Philadelphia-based artist Hawk Krall. The hand-drawn images pop and have a hip, urban vibe. Touching again on grenache’s marketplace challenges, Mrs. Sparks, the branding pro, says, “It speaks to the millennial audience that we’re after.”
Find out more at kingscarey.com.
###
Posted by Gabe at 2:01 PM