A Jar for the Ages: Santa Barbara's Zaca Mesa Winery is Aging Its Wines in Italian Clay 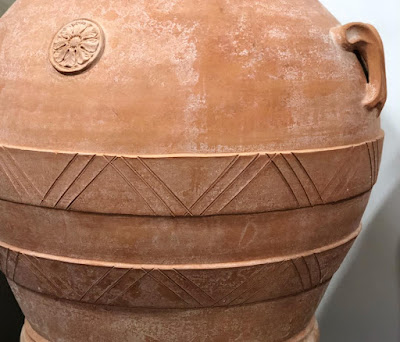 Santa Barbara’s syrah pioneer is raising the bar on how the wine’s made.

Zaca Mesa just released a 2015 estate syrah that was aged for almost two years inside an Italian amphora. The handsome dusty red oval vessel – it looks like an oversize upside-down egg -- is made from terracotta clay and imported from a small Tuscan province just south of Florence.

The idea goes way back, of course. Amphora jars were being used more than 10,000 years ago by Romans and Greeks to ferment and age their favorite libation. They’re making a slow comeback in the U.S., as substitutes for oak barrels, and Zaca Mesa’s Kristin Bryden is one of the first winemakers in California to experiment with them.

“We’re learning as we go,” says Bryden, who’s been at the winemaking helm at Zaca Mesa since 2011. She leads a cellar team of five, including assistant winemaker Randy Gardenhire, and oversees an annual wine production of about 15,000 cases. How the aging potential of amphora develops over time, how it affects the aging of different grape varieties – “we don’t really have an answer for it all yet,” she admits. “It’s a work in progress.” 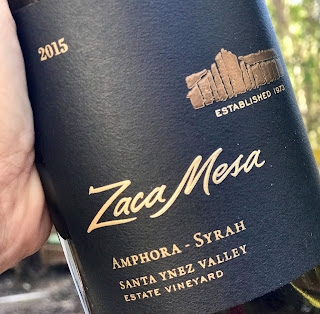 Thus far, though, Bryden knows that the amphora does syrah good. Its pervasive porosity allows for natural micro-oxygenation, which “has a polishing effect on the tannins,” says Bryden, who tasted the wine inside the amphora every three to four months until, after 22 months, she deemed it ready for bottle. “But the wine still has beautiful fruit and earthiness.” For me, Zaca’s 2015 Amphora Syrah is remarkably refined: rich and dense yet round and luscious, with a gorgeous deep hue, also a byproduct of amphora aging. The 500-liter vessel made just 54 cases of the wine, which sells for $65.

The experimentation with amphora, which began as a pet project for former Zaca Mesa winemaker Eric Mohseni, is the latest chapter in the winery’s longstanding love affair with the Rhone grape. The 750-acre pioneering property along Foxen Canyon Rd. was established in 1973 and, in 1978 and under the direction of then-winemaker Ken Brown, became the very first Santa Barbara County vineyard to plant syrah. Today, more than 90 acres are planted to syrah grapes, with smaller plantings dedicated to grenache, mourvedre, cinsault, viognier, roussanne and grenache blanc. The ’15 Amphora Syrah came from a newer estate syrah block planted in 2012.

And there’s more to come. Bryden’s acquired a second, larger 800-liter amphora, which is currently aging a 2018 mourvedre-grenache blend. The original 500-liter vessel is housing a 2017 syarh, and since titrates can plug pores, just how long aging will take this time around is still very much a mystery. 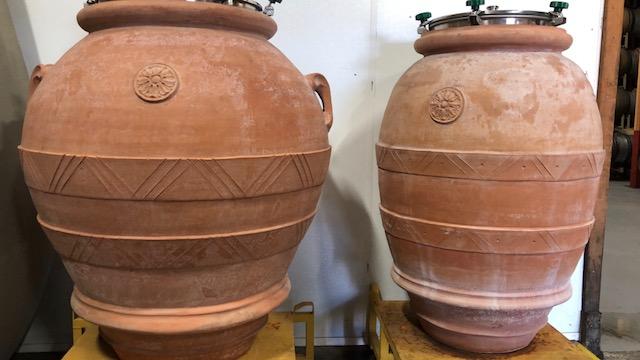 For consumers who want a real lesson on how different vessels affect the aging of a wine, Zaca’s got a three-way test in the works, too: the same syrah aged in an amphora, and inside a concrete container and inside a neutral oak barrel. “Concrete creates vibrancy in the finish, the amphora has more earthiness and the barrel gives a fleshier mouth feel,” says Bryden. Find out for yourself when the three-pack is released in the Zaca tasting room in March.

Find out more at zacamesa.com.